Impressions of an Unreal Year

(some clips are excerpts)

Plus...
Epilog: Imagining the End 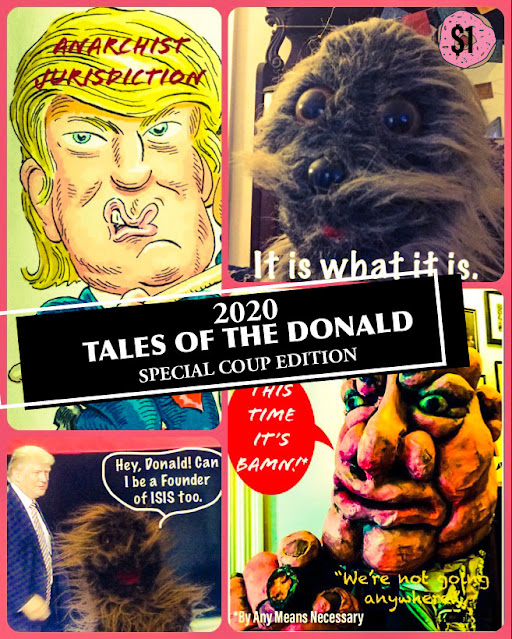 Due to Vermont’s open approach to ballot access, the state’s voters will be able to choose this November from an impressive set of 21 candidates for US president. They hail from 16 states and represent a mind-blowing array of parties and ideas.

Everyone knows the frontrunners — Democratic war horse Joe Biden, who represented Delaware in the US Senate for decades until becoming Obama’s Vice President, and Donald Trump, a developer and reality TV personality who irritated New Yorkers for decades until moving to Florida, running for President, and winning the right to offend everyone for four years.

The outcome is hardly in doubt. In Vermont, voters went for every Republican presidential candidate from 1860 to the 1980s. Even FDR couldn’t break through. Since 1988, however, Vermont’s three electoral votes have gone to every Democratic candidate. That won’t the change in 2020.

But the predictable state outcome could provide an opportunity to win “conscience” votes for some of the other hopefuls — 16 men and three women — competing for Vermont’s presidential votes. Several have chosen to be listed as Independents, but most represent political parties, both old and new, with wildly diverse histories and political agendas. Let’s give some of them a look. 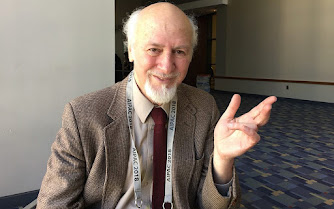 Jerome Segal of Maryland, represents the Bread and Roses Party. Segal is an American philosopher and political activist from Silver Spring. A research scholar at the University of Maryland and president of the Jewish Peace Lobby, he was a candidate in Maryland’s Democratic primary for the US Senate in 2018. During that year, Segal also announced the creation of a new socialist political party, "Bread and Roses," after raising the 10,000 signatures required by the state’s Board of Elections. The party is named after a slogan used by striking workers during the 1912 Lawrence textile strike. To find out more: https://www.segalforpresident.org/

Howie Hawkins is an American trade unionist, environmental activist, frequent candidate in New York, co-founder of the Green Party of the United States, and its 2020 presidential candidate. The GPUS is a federation of state political parties that promotes green politics, specifically environmentalism; nonviolence; social justice; participatory, grassroots democracy; gender equality; LGBTQ rights; anti-war; anti-racism and eco socialism. It was formed in 2001 as the Association of State Green Parties (ASGP) after a split from the Greens/Green Party USA (G/GPUSA) in the late 1990s. After its founding, the GPUS became the primary national green organization in the country, eclipsing the G/GPUSA, which was formed in 1991 out of the Green Committees of Correspondence (CoC), a collection of local green groups active since 1984. For more information: https://howiehawkins.us/ 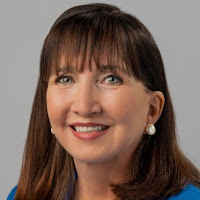 Joanne Jorgensen, candidate of the Libertarian Party, is an academic and libertarian political activist from South Carolina. She was previously the Libertarian Party's nominee for vice president in the 1996 presidential election, as the running mate of Harry Browne. Libertarianism is often thought of as 'right-wing' doctrine. However, on social — rather than economic — issues, libertarianism often tends to be 'left-wing'.
Libertarians share a skepticism of authority and state power, but diverge on the scope of their opposition to existing economic and political systems. The Libertarian Party promotes civil liberties, non-interventionism, laissez-faire capitalism, and limiting the size and scope of government. For more: https://jo20.com/

Don Blankenship, running as the Constitution Party candidate, is a West Virginia business executive. A candidate for the US Senate in West Virginia in 2018, he was Chairman and CEO of the Massey Energy Company, the sixth-largest US coal company, from 2000 until his retirement in 2010. In December 2015, Blankenship was found guilty of one misdemeanor charge of conspiring to willfully violate mine safety and health standards in relation to the Upper Big Branch mine explosion and was sentenced to one year in prison.

The Constitution Party, formerly the U.S. Taxpayers' Party until 1999, promotes a right to far-right view of the principles and interests of the US. Its platform is based on originalist interpretations of the Constitution and shaped by principles that it believes were set forth in the Declaration of Independence, Constitution, Bill of Rights, and the Bible. For more: https://www.donblankenship.com/ 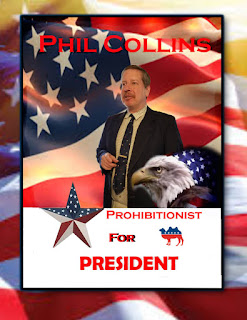 Brian Carroll, the American Solidarity Party candidate, taught junior high history and other subjects in Farmersville, California from 1977 to 1983. At the time, he also wrote for the Valley Voice newspaper, especially on the local need for public transportation. He taught nine years in Colombia, South America and one summer in China. In 2008, he returned to teaching in Farmersville. Carroll ran for California's 22nd congressional district in 2018 against Republican Devin Nunes and Democrat Andrew Janz, a contentious race due to Nunes' role in the Trump investigation.

The American Solidarity Party (ASP) is a Christian democratic political party founded in 2011. It emphasizes "the importance of strong families, local communities, and voluntary associations."  Socially conservative, the party defends religious freedom, favors a social market economy, and seeks "widespread economic participation and ownership,” along with a safety net. Its platform calls for conservation and a transition toward more renewable sources of energy, while rejecting population control measures. For more: http://briancarroll.life/

Rogue “Rocky” De La Fuente is on Vermont’s presidential ballot representing the Alliance Party. A businessman and perennial candidate, he was the presidential nominee of both the Reform Party and his self-created American Delta Party in 2016.  In 2018, De La Fuente was on the ballot in nine states' primaries for US Senate. He campaigned as a critic of President Trump’s immigration policies. This year, he entered Republican primaries, but secured the nominations of the Reform Party, the Alliance Party, and American Independent Party.

Blake Huber, the Approval Voting presidential candidate, hails from Colorado. He worked in the telecommunications industry until his retirement, and is a co-founder of the party, which focuses on advocating for a voting system that allows people to select multiple candidates. In 2018, the party ran Huber for Colorado Secretary of State. It was recognized as a minor party in Colorado in 2019. For more: http://www.approvalvotingparty.com/president-blake-huber/

Gary Swing, a 48-year-old cultural events promoter in Denver, is on Vermont’s presidential ballot as the Boiling Frog candidate for president. Swing originally filed FEC paperwork to run for US Senate in Colorado as a member of that party. Boiling Frog is more of a ballot label for his independent U.S. Senate bid than a national political institution. That said, according to coverage of Swing’s candidacy in the Bennington Banner, Boiling Frogs are concerned about global warming and stovetop warming, amphibian rights, preservation of endangered species, water pollution, and conservation of wetlands and other natural habitats. It makes sense. For more: https://theswingvote.wixsite.com/unity

I could go on, but you get the idea; a candidate for almost every conscience.

Still, lest we forget, also on Vermont’s presidential ballot you will find... from Texas, Alyson Kennedy, representing the Socialist Workers Party (40 years ago Bernie Sanders was one of its electors), and Keith McCormic, leading the Bull Moose Party; from Vermont, H. Brooke Paige, representing the Grumpy Old Patriots, and an Independent, Christopher LaFontaine.

Olga Anna Michelina Lupia was born in Glendale, New York, on June 5, 1921, the middle child in a large Italian-American family, and died peacefully in Chandler, Arizona on October 8, 2020 at age 99.

The daughter of Bruno Lupia and Amelia Guidi, Olga grew up in Queens in the 1920s and 30s, graduated from St. Joseph’s College with a degree in romance languages, and subsequently studied at Columbia University. She remained fluent in Italian, French and Spanish throughout her life. After college she worked for her father at Metro Coat and Suit, his Manhattan-based women’s wear business. In late 1940 she began a half-century relationship with a young Italian lawyer, F. William “Bill” Guma. Although World War II intervened, they waited five years, writing love letters and meeting when they could, and married on January 26, 1946.

Over the next three decades, Olga balanced work with raising two children, Gregory William and Andrea Marie, and supporting Bill’s career in Republican politics and state government. With a home in Flushing, Queens, they maintained an active social life that included ballroom dancing, theater, travel, and sports. Meanwhile, her administrative skills led to responsible positions with an architectural firm and a New York Michelin tire franchise, as well as organizing large charity fashion events. 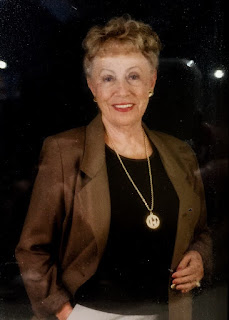 After Bill’s retirement from the New York Supreme Court, and his subsequent illness, Olga took the lead in their move to Arizona. She established a new household in Ahwatukee with Andrea and her daughter, Amanda. Generous, social, sweet, and open-minded, Olga also continued dancing, kept in touch with past friends, and made new ones. For 20 years she lived at Las Palmas in Mesa, and, in 2019, moved to Brookdale, a senior community in Chandler.

Olga was predeceased by her husband Bill Guma, her brothers Raymond, Joseph, Albert and Bruno Jr., and her daughter, Andrea Smith. She is survived by her son Greg Guma, grandchildren Jesse Lloyd Guma and Amanda Furey, several nieces and nephews, and great grandchild Margot Grace Guma. Private burial services will be held at 1 p.m. on Friday, October 30, at the National Memorial Cemetery of Arizona on Cave Creek Road in Phoenix, where she will be interred with her husband.