Making Peace with the Planet Won't Be Easy

Blind Ambitions: Iran, the Shah and His Friends

This article first appeared in the Vermont Vanguard Press in November, 1979. Here is the original version. 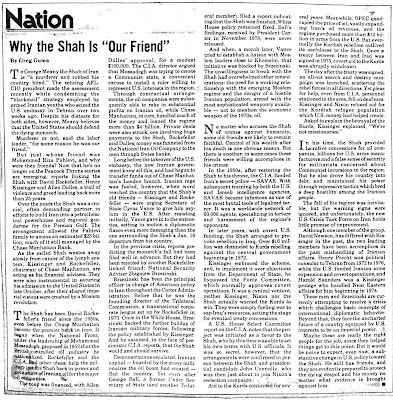