Hostile Takeover: It Could Happen Here

President Trump cannot get away with jailing and murdering his critics. Yet. But he has begun to deploy para-military forces into American cities and there is a palpable sense that he would welcome violent confrontations, creating the kind of fascist opening that he has openly admired in Russia and other countries. We certainly can’t blame that on Putin. But it is useful to understand what has happened in Russia, Crimea and Ukraine, especially since it may point to what lies ahead for the US — even if Trump loses in the electoral college.

Not long after the 2014 Winter Olympics in Sochi, President Vladimir Putin annexed Crimea, a Russian-speaking region in Ukraine. It was a textbook case of hybrid warfare, yet not widely understood as such at the time and, as it turned out, a test run for what was subsequently executed in the US.


The terrain was seeded with persistent propaganda and social media-fueled disinformation, followed by a quiet invasion with unmarked and unidentified troops. Their existence was denied at first, while the mysterious forces seized the means of communication.

There had been demonstrations in Kiev since November 2013, culminating in the flight of pro-Russian President Yanukovych. That was not long before the Crimea invasion began. Pro-European Union protests deeply disturbed President Putin, who claimed that the US was behind them and other so-called “color revolutions.” Throughout this period, RT and other Russian media outlets echoed his accusations that some protesters were nazis and fascists. This type of disinformation was persistent and apparently persuasive for some on the American left.

On Feb. 27, 2014, troops in unmarked uniforms took over Crimea’s parliament, along with key locations like the airports, military bases, and TV stations. These “little green men” were actually Russian special operations forces. Of course, Putin denied it, and again, predictably, outlets like RT parroted the line. Along with them came a group of Internet trolls and bots to echo and amplify the disinformation campaign. A week later, at a press conference, Putin still denied that Russian troops were involved. 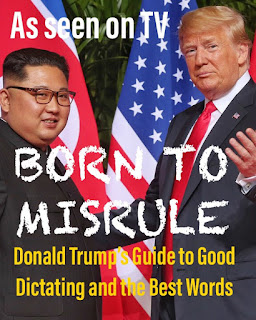 But not everyone sees what happened this way.  “The US-NATO were licking their chops wishing to grab Crimea (and its Black Sea Russian naval base),” writes Bruce Gagnon, who visited Crimea in 2019 on a Russia Study Tour. “But they were thwarted by the people of Crimea.”

“Licking their chops” is a provocative, revealing phrase. Equally provocative, and disputable, was a reference to Russia he employed: the people of Crimea wanted to be reunited with the “mother country,” he wrote.

In fact, the new pro-Russian government in Crimea was installed within days, and promptly declared the Republic of Crimea to be independent.  Then a referendum was called for March 15, just two weeks after the invasion. The choice was whether or not to join the Russian Federation. Although the vote was overwhelmingly in favor, it was clearly taken under duress. It’s also important to keep in mind that 65 percent of Crimea’s population is ethnically Russian, while in Ukraine generally only 17 percent are Russian.

A few weeks later, Putin finally admitted that Russian soldiers were involved. That way he could take credit at home.

The UN rejected the annexation and referendum, and passed a resolution defending the territorial integrity of Ukraine. Russia was also suspended from the G-8, and a planned summit in Sochi was cancelled. Putin was slightly embarrassed. But in Russia, the annexation was quite popular.

Most Russians see both Crimea and Ukraine as part of their nation. Annexation made them proud, suggesting a potential return to great nation status. But taking over the whole of Ukraine through invasion wasn’t possible, at least not in the same way; it’s too large, diverse and European. So, the fallback has been to make it dysfunctional, gradually persuading people that turning back East is the preferable outcome. This is known in Russian intelligence as a “frozen” conflict strategy. The objective is to make the country vulnerable, and, if necessary, ungovernable, a failed state. A similar process is underway now in the United States

Nevertheless, local email lists circulating on the left, in Vermont and elsewhere, continue to claim that RT, clearly a tool in Russia’s hybrid warfare, is more truthful than US “corporate media.” Asked about the compelling evidence that emerged in the Trump impeachment hearing, too many left-leaning activists claim they weren’t convinced or didn’t pay attention. Yet they also argue that Russia has been scapegoated, Ukraine may still be infested with fascists, and is really part of Russia anyway. Stop picking on Putin, they charge. He’s no worse than the US capitalist establishment.

Despite solid evidence, the same logic has led some leftists to angrily deny that Russian intelligence could have offered a bounty to Taliban fighters for killing US soldiers. In one example of such thinking, an essay distributed by the Center for Citizen Initiatives, the author says that anyone who embraces such a “stupid and absurd claim” is “either guilty of ignorance or congenitally retarded. It is that simple.” And that was just the opening paragraph.

The leader of that group, Sharon Tennison, has described Putin as a “straightforward, reliable and exceptionally inventive man.” The article she published also argues, “If the Russian’s goal is to kill Americans they would be better off spending their money on the drug gangs that infest American cities governed by Democrats.” Not too progressive; in fact, it’s a Trump mantra. And it charges that “Democrats supposed concern for the lives of U.S. military personnel fighting in foreign shit-holes stands in stark contrast to their silence about the mass slaughter of young black men in the major U.S. cities that have been ruled by Democrat politicians for more than a generation.” Note the offensive language. It’s hard to know who likes this sort of talk more, Putin or Trump. Yet it is the type of toxic disinformation that circulates on the left these days.

In the past, this kind of argument has been called appeasement or even collaboration. Today, it is one reason that, despite the increased popularity of many progressive policies, the left remains largely silent or equivocal about Russia’s assassinations and information warfare.

In 2019, one NBC analyst described the Putin regime as “gangster capitalism.” More recently, conservative Republican George Will has said pretty much the same thing about the Trump administration. It’s not “Russia-phobic” or Anti-American to make such a critique. You could even argue that this tragic development is a result of neglect and opportunism, as well as the humiliation of Russia after the USSR crumbled. That was a fateful missed opportunity. But a sympathetic motive, plus delusions and paranoia, do not excuse the crimes of Putin, or those of the emerging league of tyrants taking shape around the world.

In short, it’s no surprise that Russia’s “strongman” is popular at home. The simple comeback to that is, “So was Hitler.” He’s not Hitler, obviously. But like Trump, he uses racial and ethnic prejudice, homophobia, and christian fundamentalism, along with brute force and sometimes murder, to hold onto power.

The claim that Democrats are eager to restart the Cold War is also false, an unprincipled way of changing the subject. The main threat to freedom worldwide is an authoritarian surge, advancing largely through the use of disinformation — manipulation of mass consciousness. This puts many people in the position of defending highly flawed institutions and people because they represent the only remaining “guardrails” and moderating influences.

That can feel uncomfortable. But when you see barbarians at the gates, any guardians look a bit better. This cuts through traditional ideological lines, creates moral quandaries, and challenges deeply held beliefs. 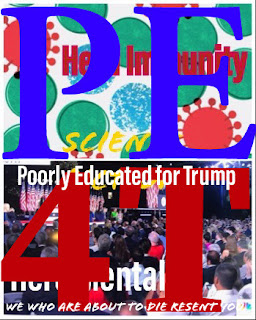 Trump cannot get away with jailing and murdering his critics. Yet. But anticipating trouble ahead, he has already begun to deploy para-military forces into American cities and there is a palpable sense that he would welcome violent confrontations, creating the kind of fascist opening that he has openly admired in Russia and other countries. He often describes brutal repression as strength, with obvious envy. And he may yet succeed in having Supreme Court expand the powers of the President, or even convince enough Republican officials to derail or discredit the upcoming presidential election.

Ironically, Republican Barry Goldwater saw this coming more than half a century ago. In The Conscience of a Conservative, he predicted that over time the US and USSR would become more like each other, perhaps even passing one another on the political pendulum. Well, he was at least half right.

From Russia with Blood, 2019, Heidi Blake — a searing look at Putin’s assassination program and war on the West, based on a long-term Buzzfeed investigation, a recent Pulitzer Prize finalist. Blake is a former Sunday Times editor who also exposed World Cup corruption.

Surviving Autocracy, 2020, Masha Gessen — a concise look at the last few years. A New Yorker staff writer, Gessen grew up in Russia and also wrote a biography of Putin, as well as the National Book Award Winner...

The Future Is History: How Totalitarianism Reclaimed Russia, 2017, Masha Gessen — how the country gradually surrendered to autocracy. A definitive work, following the lives of four people, some descendants of former Soviet leaders, and the evolution of the regime that crushed each of them while creating a mafia state.

How Democracies Die, 2018, Steven Levitsky and Daniel Ziblatt — two Harvard professors look at the demise of liberal democracies around the world. There are still exit ramps, they conclude, but we’ve passed some of them already.

Information Wars: How We Lost the Global Battle Against Disinformation and What We Can Do About It, 2019, Richard Stengel — an insider account of how the US tried and failed to combat the global rise of disinformation. Stengel is a former journalist who joined Obama’s State Department as the threat was emerging.

Red October: The Revolution That Changed the World, 2017, Douglas Boyd — a fresh look at the key figures, events, and how it happened.

Reclaiming Patriotism, 2019, Amitai Etzioni — an examination of several moral dialogues that seek to find common ground, and the search for a practical way past polarization based on a shared understanding of the common good.
Posted by Greg Guma at 9:15 PM No comments: