How cunning, ambitious and unprincipled men can subvert the power of the people.
Excerpts from George Washington's Farewell Address, September 17, 1796

In contemplating the causes which may disturb our union, it occurs as matter of serious concern that any ground should have been furnished for characterizing parties by geographical discrimination -- Northern and Southern, Atlantic and Western -- whence designing men may endeavor to excite a belief that there is a real difference of local interests and views.

One of the expedients of party to acquire influence within particular districts is to misrepresent the opinions and aims of other districts. You can not shield yourself too much against the jealousies and heartburnings which spring from these misrepresentations; they tend to render alien to each other those who ought to be bound together by fraternal affection...
All obstructions to the execution of the laws, all combinations and associations, under whatever plausible character, with the real design to direct, control, counteract, or awe the regular deliberation and action of the constituted authorities, are destructive of this fundamental principle and of fatal tendency. They serve to organize faction; to give it an artificial and extraordinary force; to put in the place of the delegated will of the nation the will of the party, often a small but artful and enterprising minority of the community, and, according to the alternate triumphs of different parties, to make the public administration the mirror of the ill-concerted and incongruous projects of faction rather than the organ of consistent and wholesome plans, digested by common counsels and modified by mutual interests.
However combinations of association of the above description may now and then answer popular ends, they are likely in the course of time and things to become potent engines by which cunning, ambitious, and unprincipled men will be enabled to subvert the power of the people, and to usurp for themselves the reins of government, destroying afterwards the very engines which have lifted them to unjust domination...
I have already intimated to you the danger of parties in the State, with particular reference to the founding of them on geographical discriminations. Let me now take a more comprehensive view, and warn you in the most solemn manner against the baneful effects of the spirit of party generally.
This spirit, unfortunately, is inseparable from our nature, having its root in the strongest passions of the human mind. It exists under different shapes in all governments, more or less stifled, controlled, or repressed; but in those of the popular form it is seen in its greatest rankness and in truly their worst enemy.
The alternate domination of one faction over another, sharpened by the spirit of revenge natural to party dissension, which in different ages and countries has perpetuated the most horrid enormities, is itself a frightful despotism. The disorders and miseries which result gradually incline the mind of men to seek security and repose in the absolute power of an individual, and sooner or later the chief of some prevailing faction, more able or more fortunate than his competitors, turns this disposition to the purposes of his own elevation on the ruins of public liberty.
Without looking forward to an extremity of this kind (which nevertheless ought not to be entirely out of sight), the common and continual mischiefs of the spirit of party are sufficient to make it the interest and duty of a wise people to discourage and restrain it.
It serves always to distract the public councils and enfeeble the public administration. It agitates the community with ill-founded jealousies and false alarms; kindles the animosity of one part against another; foments occasionally riot and insurrection. It opens the door to foreign influence and corruption, which find a facilitated access to the government itself through the channels of party passion. Thus the policy and the will of one country are subjected to the policy and will of another. 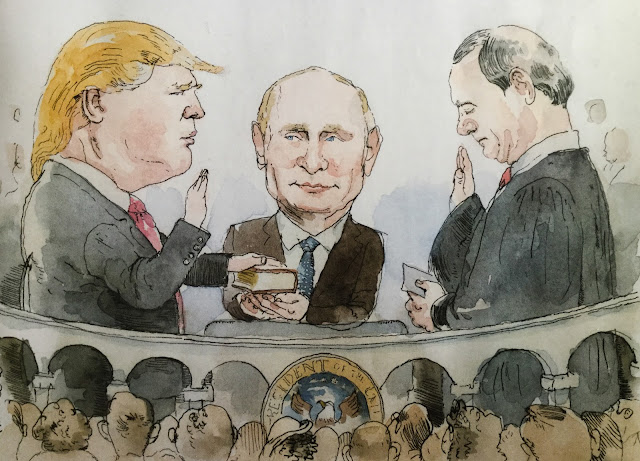